For the most part, when I walk around Israel, I really can't tell that it's not actually the U.S. (Except for the occasional Hasidic Jew walking around). However, every now and again I notice a subtle difference that reminds me I am not at home... 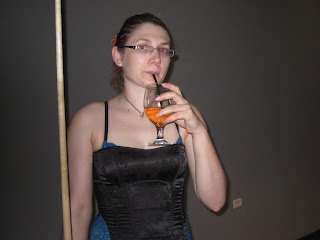 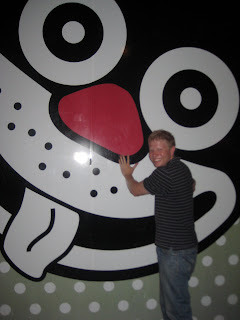 Israel has its share of fast food places (McDonalds and a place called Burger Ranch being the main ones), but everywhere you go you can always find a falafel/shwarma stand. I don't know why this hasn't caught on in the U.S. It cheap, fast, and delicious and seems to be somewhat more healthy than a burger. In Egypt, however, fast food is rampant. Surprisingly, the most popular fast food restaurant I found there was Hardees (Weird), but McDonalds and KFC are all over the place as well. There was even a TGI Fridays and Chilis on a anchored boat restaurant on the Nile (Mmmmm Nile burgers).

Switching gears. Over the past couple of days I have gone to some interesting touristy sites around the area.

First, I went to the Ayalon Institute, located at a kibbutz in Rehovot. Underneath the laundry facility here is a room the size of a tennis court where Jews secretly manufactured ammunition during the British occupation pre-1948. When the British left and the War of Independence started, this was the only ammunition the Jewish soldiers were able to obtain and so allowed them to win the war and establish a Jewish state, etc. Thirty hard core machines were run day and night for three years in secret while workers came and went through hidden entrances in the laundry room (Hooray history). 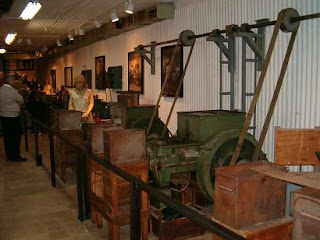 Next we went to the "Stalactite Cave". It was full of stalactites (Looks like some alien shit). That's all I have to say about that. 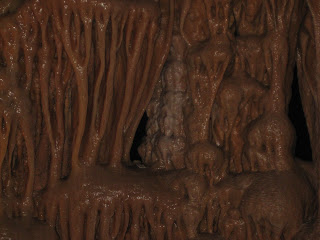 Finally we went to the armored corps museum/memorial. On display, they have Israeli tanks throughout the years as well as tanks captured during numerous wars (There's nothing like a big tank to get the testosterone goin). 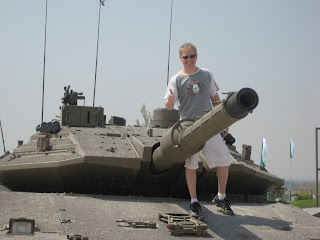 The memorial here is setup similar to the Vietnam memorial in D.C. 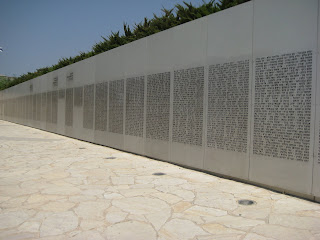 Today we went shopping and made a trip out to Jaffa. This was completely different than anywhere else I have been in Israel. It was run down and dirty (It reminded me of Cairo). Everywhere you looked there was a shop of useless crap. Thankfully though, I found the used refrigerator stand and all was well. 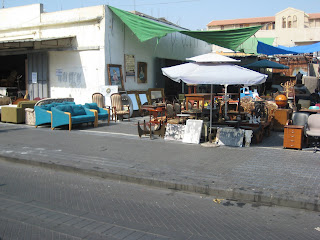 I'm pretty sure I am going to Jordan tomorrow, which I am incredibly psyched about. I'll tell you all about it when I get back (Come on, I know you're excited!).
Posted by Unknown at 4:10 PM 1 comment:

Some more memories of Egypt:

No one would come up to me and start talking to me in Arabic. Everyone always had the same line, "Welcome to Egypt my friend. Where are you from?". I was telling people I was from Canada because I don't think they like the US very much there (I also wasn't telling anyone I was Jewish...go figure). Every time they would reply with "Canada Dry. Never Die". All they know about this nation of thirty million people, is that they make Ginger Ale.

My tour guide had a pretty good routine of taking me to different stores where they would convince me to buy stuff I didn't need (I assume he got kick backs on that...how Jewish of him....too soon? OK I'm done with that joke). One of the places he took me was to a rug making school. Although this was called a "school", it seemed more like a sweatshop to me. They had kids starting at the age of ten come and "learn" the art of making rugs by hand. I felt quite bourgeoisie (Big word) walking around surveying the children's work, contemplating whether to buy something or not. In the end I did end up buying a rug (But only for the sake of the children...I swear). 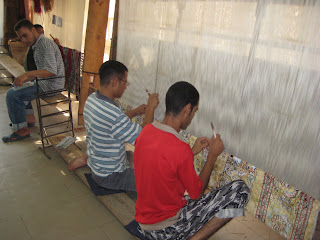 The whole experience there really made me realize how lucky I am to be born in America. It is virtually impossible for their entire lower class (Just about everyone), to have a life where they aren't consistently on the verge of bankruptcy. My tour guide was thinking of trying to go to America with his wife and two kids, and wanted advice from me on what kinds of jobs were easy to get, how much they pay, how much rent was, etc. What could I tell him? He just didn't seem to have a chance. 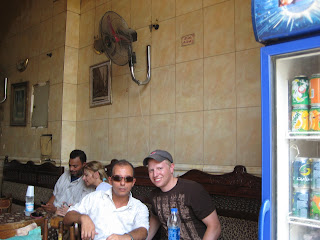 ...End of Egypt memories (For now)

I am now staying at my cousin Ayelet's house in Rehovot, about twenty minutes outside Tel Aviv. Last night I put together a mish mash of people I have met so far while travelling and went out for a bit. There were people from my birthright trip, Israeli soldiers from my birthright trip, and people I met in Egypt. It is soo interesting and fun to meet people while travelling. You meet people from all over the world and everyone is so outgoing since they are in the same situation that you are. For anyone who hasn't gone on a trip for an extended period of time, DO IT! Posted by Unknown at 5:44 AM No comments: