No jokes here: Bolivia is legit!

Welcome back! I apologize for staying away for so long, I've been a busy man. Basically every weekend I do something that would be the coolest thing most people ever do in their lives (not to brag or anything). In the last few weeks I've done the following:

Yeah, I know....theres a lot to talk about. But lets start with where I am now, La Paz, Bolivia. 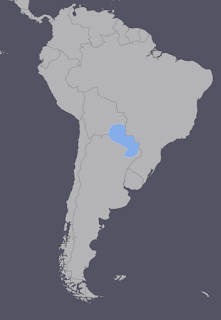 This place has been a huge surprise, in a good way. The Remote Year staff pushed hard to lower our expectations talking about how it was one of the poorest countries in South America, how it was dangerous and we should never walk by ourselves, and how it had crumbling infrastructure. I guess I also just had a negative impression of the country as the only context in which I would ever hear/think about Bolivia would be as a third world country. Seriously, do you know a single person who has been to Boliva? The answer is yes...you know me. But outside of me, the answer is no. So I am hear to tell you that you need to go to Bolivia. This is seriously one of my favorite places I've ever been. If you like doing outdoorsy stuff, then you need to come here.

Here are some random pictures of Bolivia: 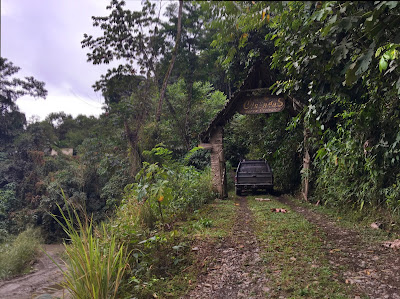 Wow, thats some good stuff. Let's get to my observations on this place...


I also feel obligated to have a Q&A section here b/c some people actually wrote to ask questions.....

Q.  Michael Lauenger writes: "do any of your remote year colleagues have jobs in sales? What types of jobs do people have? Mostly programmers? Just curious and also wanted to make the blog..."

A. Thanks for writing in Michael, it's always good to hear from an avid reader. And you made the blog. You are now a star. And to answer your question, I don't think we have any sales people. We really have a wide variety of jobs overall. Before coming, I figured everyone would be a software engineer, but there's actually only a small handful of them and most people on the trip fall under the creative bucket. You can find a full breakdown of the types of jobs people have in my group in this Remote Year blog post.

Q. Ethan Lippman writes: "Matt, [in an earlier post], you mention you only packed one button down shirt. How did you choose which one? Which one did you choose?

A. Thanks Ethan, I get this question a lot. I chose the one I thought I looked best in. It's black.

Q. Is that really Bolivia on the map you posted above?

A. Wow, that's really impressive that you were able to write in this question about the post before it was even published. But you are correct, it was not Bolivia. That was Paraguay...duh. Start learning about Bolivia people. Here's Bolivia:


So remember those nice Cholita women I just wrote about 1 min ago? Well apparently there is also a tradition of them wrestling. Yeah like middle to late aged women getting in the ring and throwing down.

Moving on....as I mentioned before, I took a day trip to Uruguay. Here's prob what you know about Uruguay:

Colonia, Uruguay is only about a one hour ferry ride from Buenos Aires, so I wanted to pop over quickly to get the new stamp on my Passport. That's really about all I can say about that trip. It was a tiny tourist town with nothing remarkable about it and I took no pictures. So, yeah, Uruguay.

On the extreme opposite end of the awesomeness spectrum, the first weekend in Bolivia, I biked something call Death Road. Why is it called Death Road? Cause lots of people die on it. Its the most dangerous road in the world. Well, actually somewhat recently they built another road through the mountains for cars, and this one is mainly used to just bike on, so now only a few people die on it each year. But, you are still definitely riding on the edge of a huge cliff the whole time.

Yeah you could def die.

I'm not sure if it was the view or the adrenaline or what, but this became my favorite day so far of Remote Year.

If things weren't already scary enough, they put crosses along the road to mark where people have died in the past.


Overall, I think I just looked like a total badass 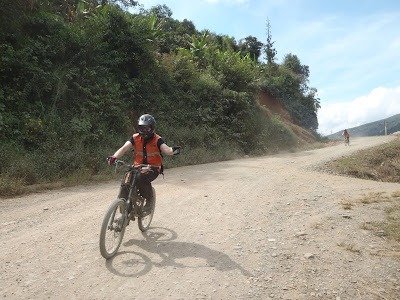 Oh and one girl from the group broke her collar bone and another broke her face.


That night we stayed at this ridiculous hotel on top of a mountain.


And the next day we spent zip lining, rafting and hiking through a river in the Bolivian Jungle to reach a waterfall. Typical Sunday.


Let's see, whats up next. Oh yeah, I went to the Salt Flats as well. Now I've been to some pretty amazing places before; Petra in Jordan, Iceland, Zion national park, and the Denny's at 14th & A in NYC, but the Salt Flats was pretty epic. I seriously don't even know where to begin, but I'll start here. 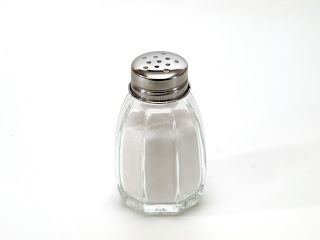 So first we got picked up at 3:30AM for a sunrise tour. They gave us boots and took us out to an area that has standing water the whole year. It was probably the most impressive stargazing I've ever seen and if that wasn't cool enough the stars were reflecting off the water. We only had iPhone cameras so we couldn't really capture this, but once the sun came up, shit got ridiculous. 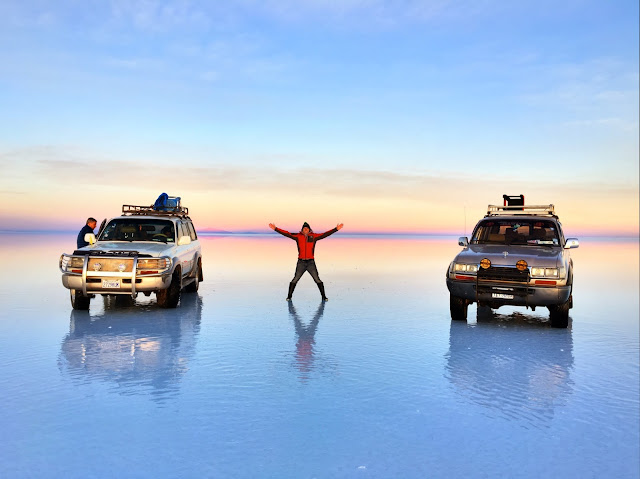 The rest of the day consisted of a tour of the area starting with a train graveyard where trains go to die....I saw Tommy the Tank in there. 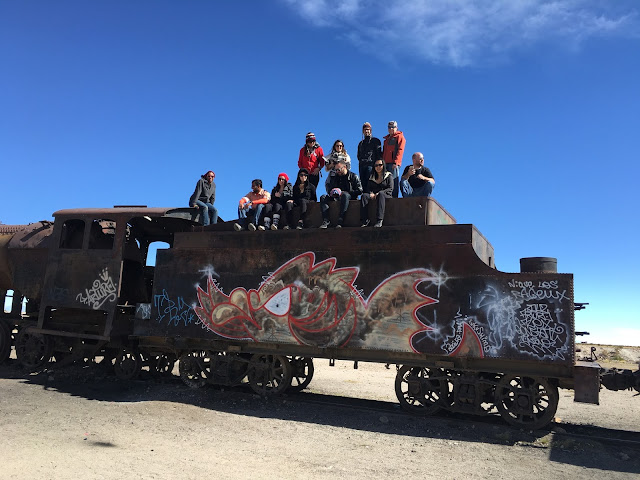 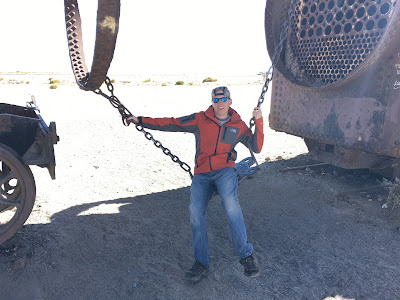 Next we went out on the Salt Flats. Now I don't normally like to do cliche things, except when I do. And this was one of the cases where I did. I took the standard perspective photos. But c'mon, they're pretty sweet. 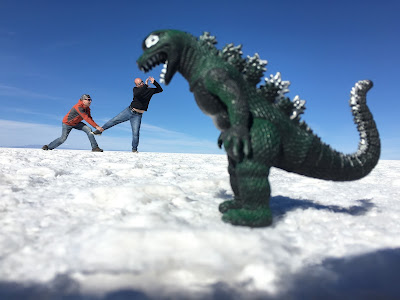 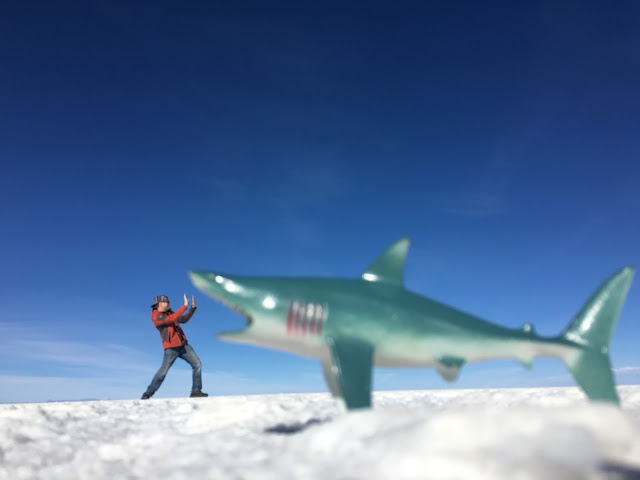 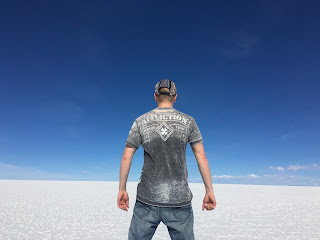 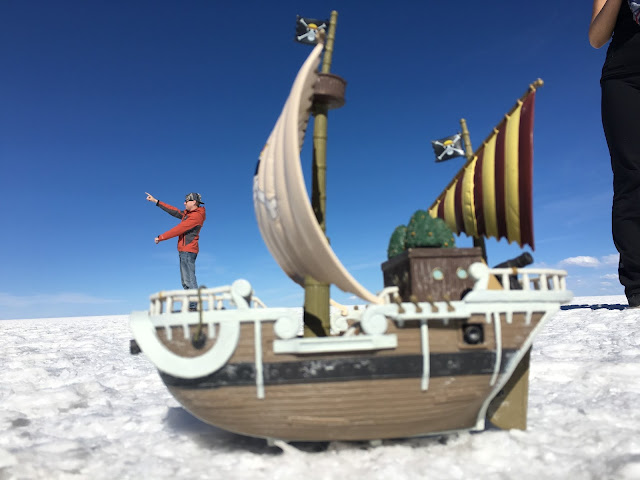 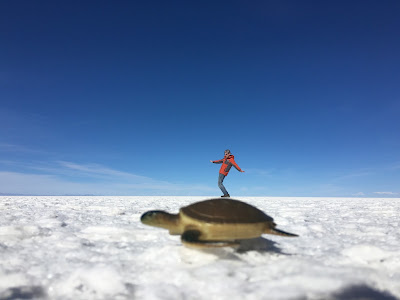 We ate lunch at the salt hotel. The setting was nice, but the food could have used something.....maybe pepper? No, something else. Can't think of it right now. 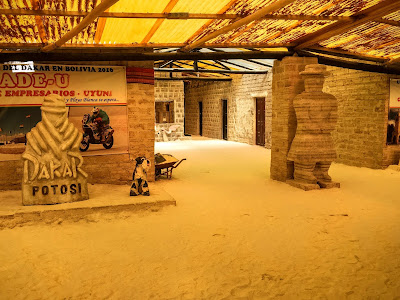 There's also an island in the middle of all this full of fun cacti. The Salt Flats used to be a lake, so that's why an island makes sense. 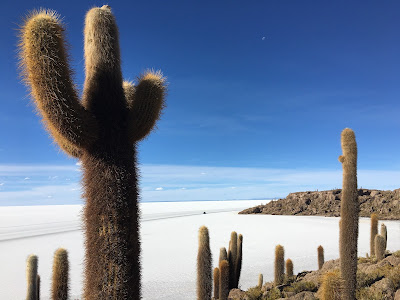 And then we took lots more reflective shots at sunset 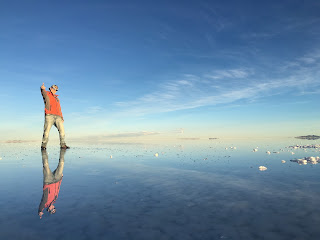 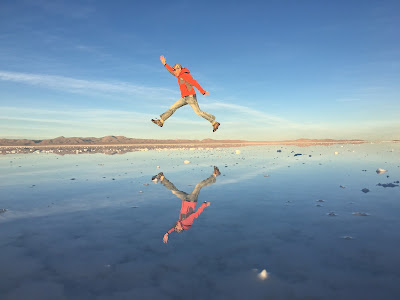 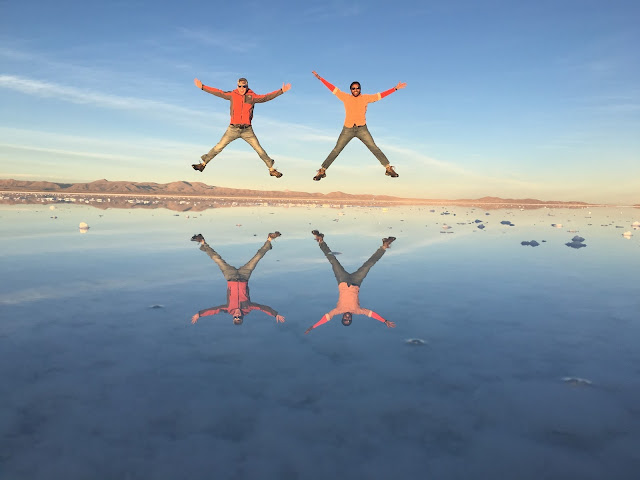 That was all a one day trip. So since I still had Sunday free, I had to spend my time doing something. I decided to go with a 5 hour ATV tour through several ridiculous valleys and up a mountain. 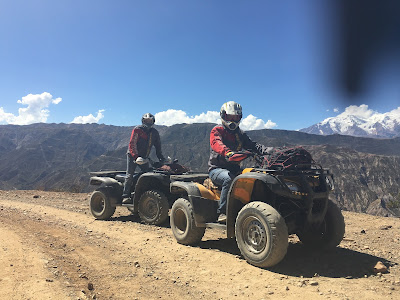 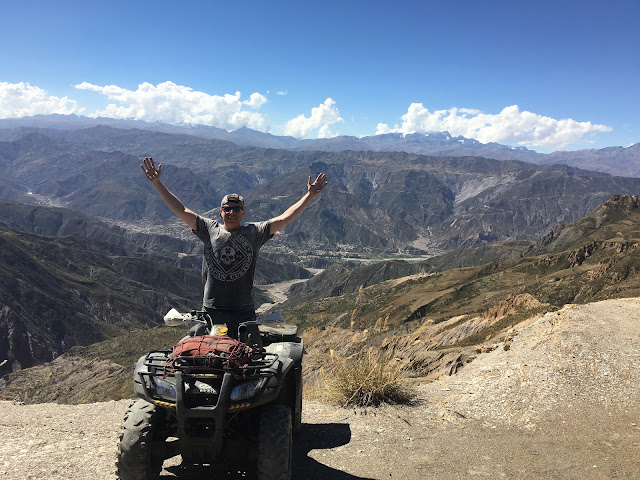 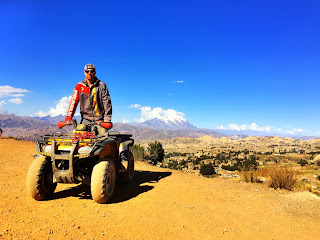 That's it. Thats everything I want to talk about.

So, in summary. Go to Boliva.

And here's a sweet video from the Salt Flats (which way is up?):