Here's the translation of the above sentence: here

I will let you translate the post title on your own (its worth it).

More about that later. But first, I wanna deal with some questions that a lot of you have been asking me (actually no one has asked me anything, but I want to feel like I have fans writing in).


Q: How do you pack for a year long trip like this?

A: Funny you should ask. I actually have a picture of everything I packed (it seems everyone on these trips has a picture like this, so I wanted to be trendy) 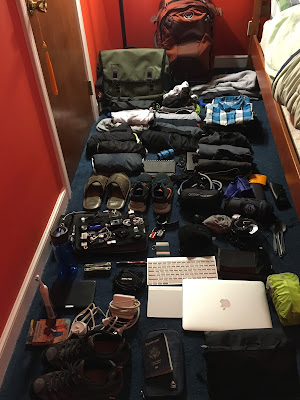 Somehow that all fit in my bag. Actually it didn't. I had planned to only bring my travel backpack and side satchel thing, but at the very very last minute (the first time I tried packing) I found that it definitely all could not fit, so I brought along another backpack). 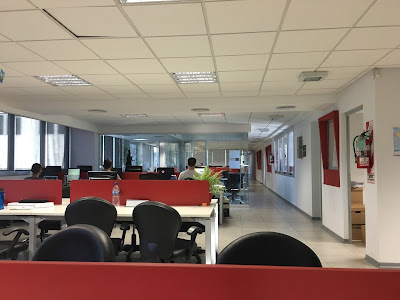 Q: Who are your personal heroes?

A: Wow, what a tough question. I feel so unprepared to answer this. But I just turned my head to the right and our two "leaders" or "chaperones" or "camp counselors" of our trip were sitting there, so I'm pretty sure its them. So here they - Travis and Sam (Or as they like to say...Tramantha):

You prob feel like you really know them now. They are super cool and are making this trip awesome.


Q: Have you ever been to Thailand?

A: That's a weird question, I'm in Argentina right now. Why are you asking about Thailand? But if you really want to know, yes, I have been to Thailand and you can read about it here (you can also learn about Burning Man here....really you should just read all my blog posts).


And this concludes our Q&A session for this post. I want to thank everyone who participated this week and please keep on sending those questions and I will answer them in future posts (or start sending questions really).


Last time I told you about some interesting observations I had made here in Cordoba. I have a few more for you today.... 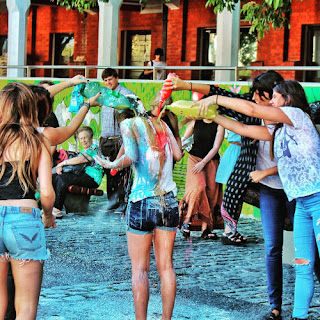 Last week was actually the 40th anniversary of the start of the dirty war and they had a large march through the city. Of course the US was involved in supporting the dictatorship here (as we tend to do (and continue to do (sorry for getting political(not really sorry)))) and so there is a lot of animosity towards what the US represents. Obama (seen above drinking a Mate) was in Buenos Aires the day of the 40th anniversary to help mend the relationship between the countries and actually agreed to demands to open up the CIA files on the US' support of the dictatorship in order to help find some of the missing. Coincidentally, that same day, Argentina dropped the reciprocity fee for US citizens traveling to Argentina (previously Americans had to pay them $160...just kind of as a fuck you).

Now, lets talk about my big trip of the last couple weeks....Mendoza. When you think of Mendoza, you should think of this: 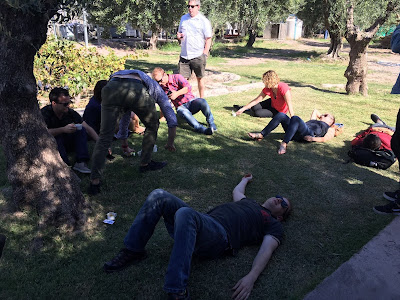 Me, passed out in the grass on the lawn of a winery!

But first, I need to tell you about the bus ride. We took an overnight sleeper bus from Cordoba to Mendoza (about 9 hours). This bus was first class. I'm not sure why we don't have these in the US, but in the words of Borat, "I like". 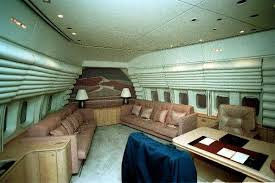 No, sorry, that was Air Force One. Here's the bus I rode on: 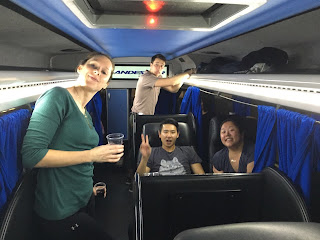 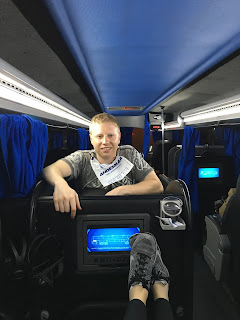 Your seat could go totally flat, there were TVs in every seat with a selection of movies (in English even), and a bus stewardess (not sure of the correct terminology here...bus attendant? bus servant?) who served you two meals and wine.

And that was my trip to Mendoza.

Sorry, no, there was more than the bus ride. We visited three wineries. The first was the oldest winery in Mendoza, the second was one of the newest wineries with a backdrop of the Andes mountains (unrelated to Andy in the picture above) and the third just gave us a bangin meal (a winery term) with four different types of unlimited wine (hence why everyone passed out in the grass after). 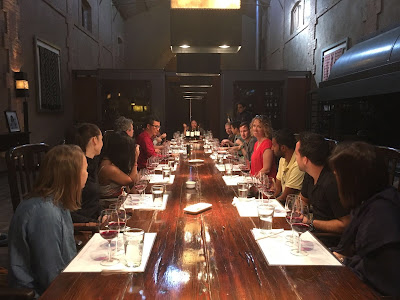 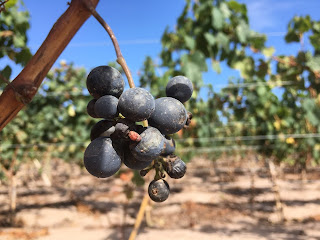 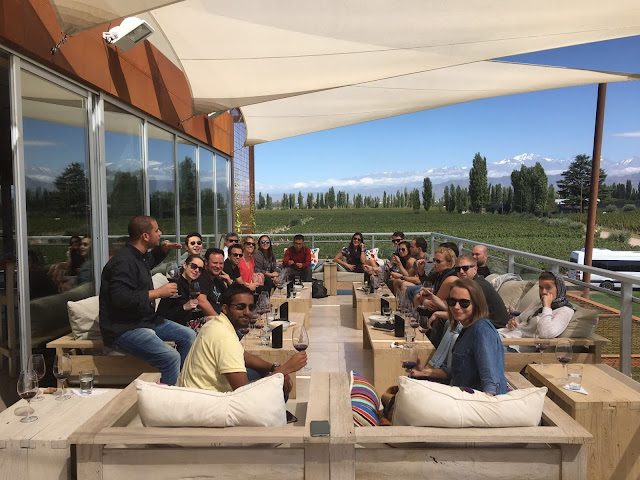 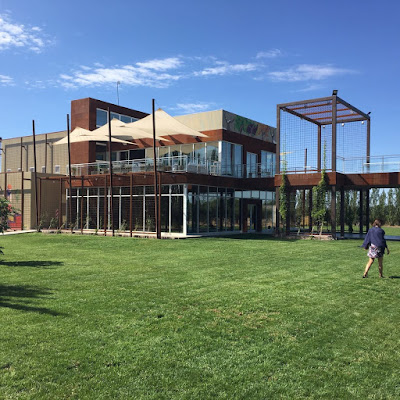 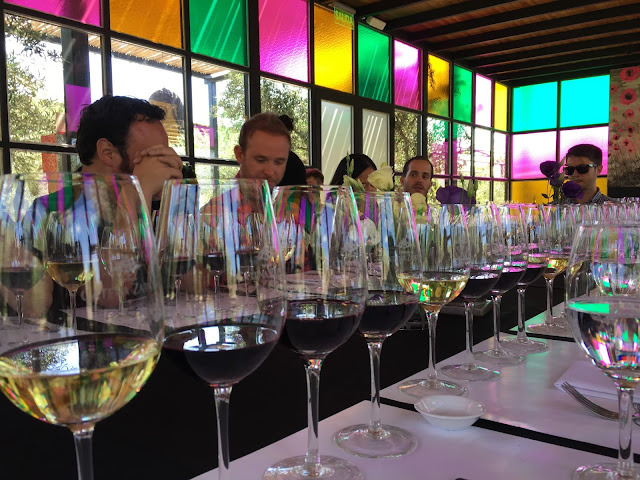 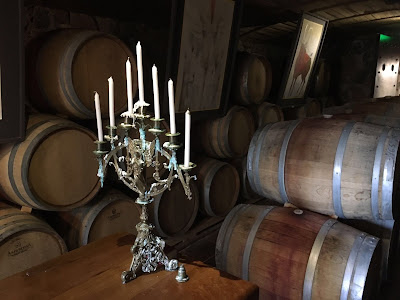 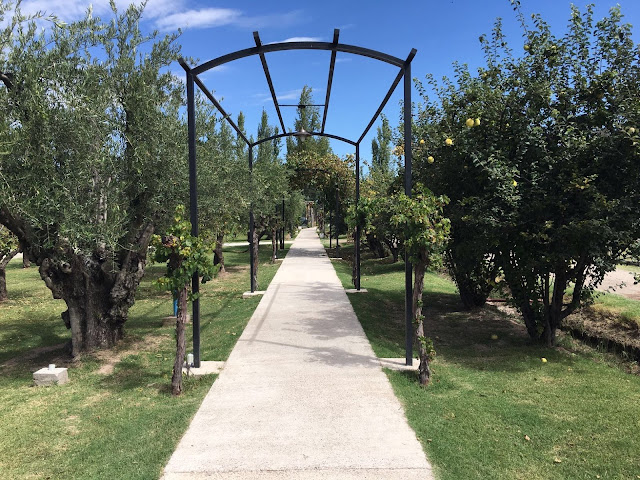 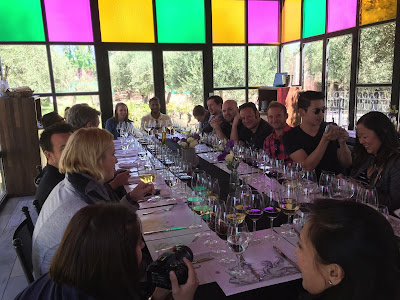 Oh and somewhere in between, we took this gem:

And in case you were wondering (as I certainly was), this is what an Argentinian rap battle looks like:

Another major highlight of the last couple weeks was going to the Argentina vs. Bolivia futbol match (no not soccer you Americans). This was a qualifier for the Russia 2018 world cup.....and I got to see Messi score a goal on a penalty kick, NBD. 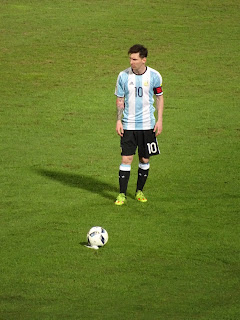 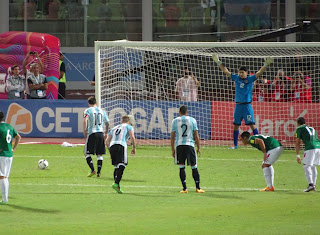 This being my first time at a professional futbol match, I didn't know what to expect, but I did expect your standard riots. As much as I tried, though, I couldn't get the riot going. But I suppose even if it happened they were prepared with with a moat around the the actual field.

The stadium was setup as first come first serve with no assigned seating which was was unfortunate since we got there right before the game started and were forced to stand on the steps by the exits. The stadium seemed pretty unpolished overall with no scoreboards, time clock or other game related indicators of any kind. Just two jumbotrons (sp?) playing random videos unrelated to the game. There were also no speakers built into the stadium and they just kinda threw some speakers around the field for sound #DiscountStadium. Overall, great experience though. I recommend it to you the next time you're in Argentina during a world cup qualifying match. 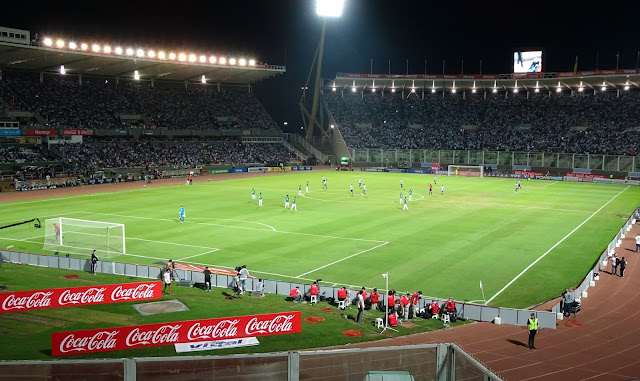 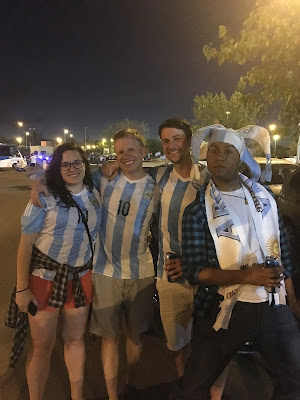 So much stuff happens here that I can't keep up with my blog. So much time has passed since my last post (and starting this post), that I'm not even in Cordoba anymore (say what?). Yeah, I arrived in Buenos Aires last night for the next stop on my trip. Thats right, its already been five weeks. How f***ing crazy is that? (the first * is for 'u', then the next * is for 'c' and the third * is for 'k'....the word is 'fucking'). I bet you thought I wrote this post all in one sitting...nope. It takes place over days of slaving away over a hot fire.

So on that note, we will say good bye to Cordoba and hello to Buenos Aires (I said, say hello!)