For the past four centuries, Indian tourism has had a shadow cast over it by one building and four syllables; 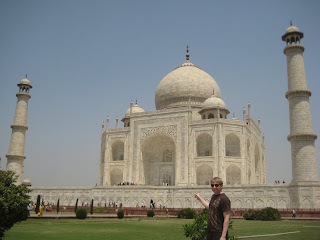 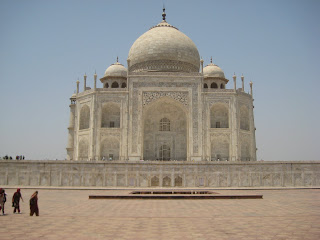 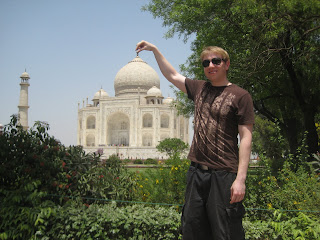 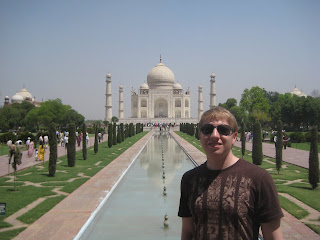 First thing to say, it was 112 degrees. Yes, one hundred and fuckin twelve degrees...And that was in Celsius.
To tell you the truth, I felt like overall it looked more impressive from a distance than up close. 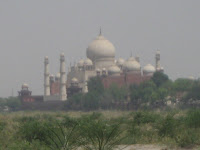 It looked much, much smaller when I got up close (Anybody? Thats what she said). It was however, all white marble (Indian white marble, which the tour guide couldn't stop saying is the best kind of marble. Even better than Italian marble apparently. Can you believe it? Better than Italian marble. Even the Italians admit it when they see it). There was clearly at least a couple days worth of work put into the up close designs which include all kinds of rare stones actually set into the marble....oooooohhhh. 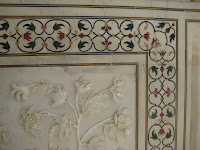 Interesting story to go along with it. The emperor, we'll call him "emperor back in the day", loved his wife a lot, but upon bearing their fourteenth child she died. Her dying wish was for him to build a memorial of her that was sooo grand, the whole world would know it. Emperor back in the day loved his wife so much that...yada yada yada.....Taj Mahal. However, the emperor was going crazy by that point (it took like 25 years to build the thing), and he was like "hey, this thing is pretty sweet. I should build one for myself. Except mine will be sweeter cause it will be black." (That was an Actual quotation). So he starting building another one, but then his son realized he was crazy and spending ass tons of money on tombs while people starved and so had his father arrested. His son was nice enough to imprison his father in this fort nearby where he could have a perfect view of the Taj. Awwwwwww.
So, yeah, this thing is just a giant tombstone. Apparently, the four towers at the corners of the Taj have a two percent gradient pointing away from the main structure. This was done so that if they ever fell, they would not crush the Queen inside the main building (I don't think she would notice). After emperor back in the day died, they ended up burying him in the Taj as well. So at least the space was used a little more efficiently.
And thats all I have to say about that.....
I'm leaving tonight. My plane take off Tuesday morning at 12:30 AM, and I arrive in Chicago at 5 AM after a 16 hour direct flight. [Insert obligatory ash cloud joke here] I am so ready to go back. I hate to say it, but everyone constantly trying to get money from me, and rip me off any way possible, and taking pictures of me cause I'm white, and pointing and laughing at me cause I'm white, has finally started getting to me. Leave me alone! I mean I see white people all the time. Not that interesting. It's not like I'm albino....although I'm close.
Here are some other pictures of Delhi.... 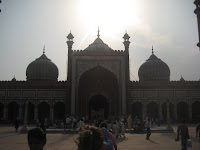 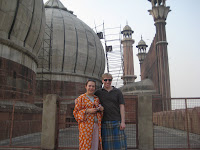 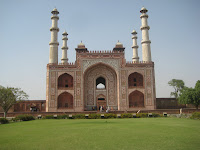 And finally I got a shot of four people on a moped. 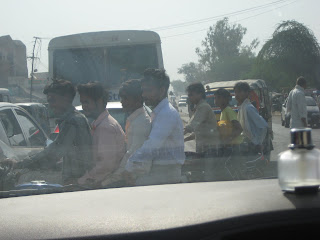 Hope you enjoyed India and look forward to the next random place I visit,
Matt 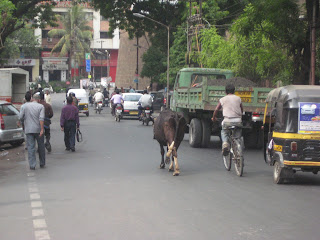 Posted by Unknown at 1:47 AM No comments: